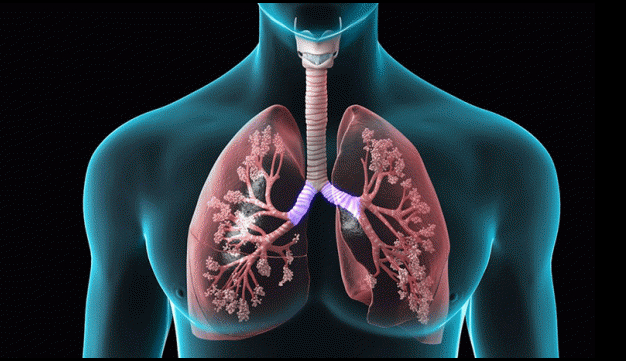 COPD is chronic disease of the lungs with high morbidity and mortality. By 2020, it will be third most common cause of death in the world. Initially, thought as a disease more prevalent in Western countries, this disease has high prevalence in India and even in rural India. According to different studies, 7-10% of Indian population is suffering with this disease.

On occasion of World COPD day, let’s know some details of the disease. The word COPD stands for Chronic Obstructive Pulmonary Disease. As the word implies, it’s a disease which is of chronic or long-standing duration. The patients usually present as breathlessness on activities and this feeling of breathlessness progresses as the disease advances and may make the patient bed-ridden in very early stage of the disease. Usually, patients have chronic cough with phlegm production, which can be worst especially in winters.

What causes it? Definitely, smoking in any forms, may be bidi or cigarette and even, tobaco consumption. So, is it a disease of only men? Years back, it was a disease of smoking males, but the days have changed and we see disease very commonly in non-smoking women in India and it may be due to the exposure of pollution from chulla and other environmental toxins and chemicals. A disease of widespread prevalence has very little awareness and people even don’t know such a common disease.

Are we really ignorant of the disease? Well ,the disease can be diagnosed based on a simple test of Spirometry or Lung Function Test which is reliable and cost effective. It shouldn’t cost more than 1000 rupees in majority of private hospitals. It’s a simple breathing test in which the patient has to breath in and out in a computerised system and the machine can predict the lung age of the patient.

As previusly thought, the disease is not limited to the lungs, but has affection in almost all organs of the body. These patients may have heart failure, osteoporosis, reflux and severe acidity, depression, sleep apnea, weight loss and various other manifestations.

Recognising early in the course of the disease will help for the timely treatment and preventing the progress of the disease. It’s not unusual to put many of these patients on home oxygen to make oxygen supply to other parts of the body. It’s as simple as having dialysis for patients with kidney failure. Few cases of severe COPD need extra oxygen for functioning of the body and may need machines like Home- BiPAP to remove carbon dioxide from the body.

Patients also benefit from Rehabilitation programme to train the respiratory muscles and make adequate use of available lung capacity.

So, it’s a time for all of us to work together and spread awareness about this dreadful condition.