Role of Generexpert in Dignosis of TB 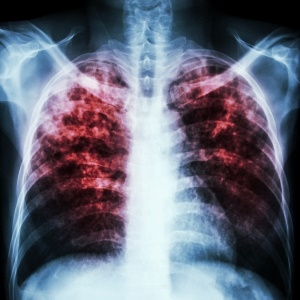 INTRODUCTION: Mycobacterium tuberculosis remains one of the most significant cause of death due to an infectious agent. Drug resistant TB has frequently been encountered in India and its presence has been known from the time anti- tuberculosis drugs were introduced. The rate of MDR-TB in new cases in India is ranging from 0 to 3%.Rate of resistance in previously treated patients are invariably higher than rates in newly diagnosed cases. Lack of comprehensive reports on multidrug resistance is due to limited facilities for culture and susceptibility tests. Rapid detection of M.tuberculosis and rifampicin resistance in infected patients is essential for disease management.

A 25 year male student presented to me with the complaints of evening rise mild fever, cough with minimal yellowish expectorations, weight loss of 5 kg in last 3 weeks due to loss of appetite.
Patient had history of pulmonary tuberculosis 2 years back for which he was prescribed treatment for 9 months. However, ptaient discontinued the treatment at the end of 4 months, as there were no symptoma and he was feeling better.

Thinking relapse case of tuberculosis, his sputum smear for Ziehl Neelsen staining for consecutive 3 days and TB culture was ordered by BACTEC method. Sputum genXpert was also sent on the same day. His routine biochemistry with liver function tests, kidney function tests, electrolytes were normal and his serum was non-reactive for HIV. Blood counts were normal and he had mild nutritional anemia.

Sputum smear by ZN staining was positive for acid fast bacilli (RNTCP grade 2) and genXpert results were Mycobacterium tuberculosis detected and Rifampicin resistance detected.
The patient was diagnosed as case of drug resistant TB in matter of few hours and was started on MDR regimen based upon his initial history of treatment default, chest X-ray findings and most importantly, genXpert showing Rifampicin resistance.
Patient was counselled and explained in details about MDR TB and was then started with regimen for MDR TB which consists of 8 months of intensive phase which includes injecatble aminoglycoside Kanamycine intramuscularly along with oral tablets of Pyrazinamide,Ethambutol,Ethionamide,Cycloserine,PAS, and Moxifloxacin followed by continuation phase for further period of 18 months with oralMoxifloxacin,Ethionamide,Ethambutol,Cycloserine ,PAS.
By the end of 2 months, patient sputum culture grew Mycobacterium Tuberculosis and it took 1 month more for sensitivity report to be available. Sensitivity report confirmed resistance to both Isoniazid and Rifampicin and patient was continued with same regimen.
Monthly follow up was done with chest x-ray, sputum ZN stain, liver function tests to assess adverse effects of medicine and to know the resolution of the disease process.
Sputum Culture and sensitivity test was repeated every 3 months . Treatment needs to be continued for next 24 months after sputum culture turns negative.

DISCUSSION: In this case report, patient was given benefitted due to early diagnosis of rifampicin resistance. Conventional culture takes 2-3 months for the confirmation of MDR TB. However, genXpert can give us the diagnosis in few hours with very high sensitivity and specificity.The results obtained by the genXpert are comparable with sputum microscopy and TB culture. It can be used as a key diagnostic tool in the early diagnosis of tuberculosis and in MDR TB.
Sputum smear microscopy is rapid, convenient and inexpensive test. However, it needs heavy bacillary load upto10,000 bacilli/ml of sputum to get positive results.Smear microscopy is the cornerstone for the diagnosis of TB, but it has only modest (35-80%) sensitivity and a poor positive predictive value (PPV).Repeated samples are required to get the more specific values. Also, it does not distinguish between viable or dead organisms. TB Culture is still gold standard test for the diagnosis of tuberculosis. But, it has its pros and cons . Although, it gives more accurate results about the sensitivity of the drugs, time taken on an average is about 4-8 weeks to get the conclusive results.
GenXpert or CBNAAT(cartridge based nucleic acid amplification test) is a newer diagnostic tool since 2009. It has been brought into implementation since 2010 by WHO.It has two uses. It detects DNA sequences specific for Mycobacterium Tuberculosis and simultaneously detects rifampicin resistance by PCR ( Polymerese chain reaction). It purifies and concentrates Mycobacterium tuberculosis bacilli from sputum samples, isolates genomic material from the captured bacteria by sonication and subsequently amplifies the genomic DNA by PCR.
The test can be done on sputum, lymph node aspirates, bronchial washings and lavage, pus, body fluids and in some extrapulmonary samples.
GenXpert is easy to perform and less dependent on user skills. Routine laboratory staff with minimal training can perform the test. Technicians can be trained in 1-2 days. Only 2 steps (addition of buffer and sputum sample) are manual and the rest of the steps are automated,The results are available within 90 minutes. Each table top-sized module can process 4 samples daily (larger modules can run 200 tests in an 8-hour day) and because it is a closed system, biosafety and contamination concerns are minimized. It has a short turn-around time and simultaneously detects M. tuberculosis and RIF resistance in less than 2 hours. Although the MTB/RIF test could be a useful tool for rapid identification of RIF-resistant M. tuberculosis, especially in smear-positive clinical samples, the test results must always be confirmed by culture and drug sensitivity test.

Conclusion : We conclude that compared to sputum smear microscopy, GenXpert is rapid, cost effective,sensitive and specific test for the diagnosis and treatment of tuberculosis and is of utmost value whenever resistant TB is suspected.
We all practising physicians should pass benefit of this test to all our needy patients and in whom, chance of resistent TB is high, as in TB along with diabetes mellitus, TB in immunocompromised hosts, family history and contacts of MDR TB patients, transplant recepients, treatment defaulters and in patients with relapse of tuberculosis.